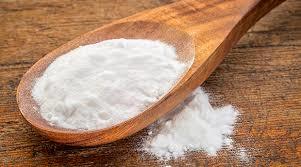 For the production of dietary supplements, MSM is usually obtained from pine pulp containing lignin, which includes sulfur, which is a component of protein molecules. MSM is found in every cell of living organisms. It is necessary for life. It plays an important role in the synthesis of amino acids, enzymes, immunoglobulins (antibodies) and glutathione – a very strong intracellular antioxidant that protects cells from the destructive effects of free radicals. It supports the building of tendons, ligaments and muscles. Participates in the synthesis of collagen and keratin – ingredients necessary to build healthy, nice skin, strong hair and nails. Stimulates the production of antibodies, which helps the immune system. It works anti-rheumatic and anti-inflammatory.

Has a significant effect on the regeneration of cartilage in the joints. In combination with glucosamine and chondroitin, it gives it adequate flexibility and supports their functioning. Activates the production of insulin by the pancreas and choline by the liver, which speeds up carbohydrate metabolism and wound healing. It supports the regulation of acid-base economy by preventing the formation of cancers that develop in an acid environment with oxygen deficiency. It improves lung function and increases blood oxygenation. It protects the protoplasm of cells (the “body” of cells) from damage, cleanses the blood of parasites.

It maintains the elasticity and cleanliness of the arteries by preventing the formation of atherosclerotic plaque. It helps to alleviate the body’s reaction to allergens from chemicals, food and inhalation, because it blocks the action of histamine causing an allergic reaction. It neutralizes free radicals by acting as a shield and preventing aging of articular cartilage. Increases the antioxidant effectiveness of polyphenols and other antioxidants.

Above all, however, MSM is an analgesic because it inhibits pain impulses along nerve fibers and reduces cell pressure. When inflammation appears in the cells of fibrous cartilage tissue, then the pressure increases in them, they swell and become stiff, which is manifested by swelling and pain on the outside. MSM restores the elasticity and permeability of cell walls, resulting in improved tissue fluid flow conditions. Harmful substances in the form of lactic acid and other toxins can be removed from the cells, and nutrients, regenerating substances come in. As a result, pressure in the tissue cells is equalized, pain is reduced or its causes eliminated. This action is extremely important for the elderly and athletes (injuries).

Increasing the permeability of cell walls also affects the faster elimination of allergens and all toxins from the body (also due to insect bites, contact with poisonous plants), which can be removed by sweat glands, relieving the liver and kidneys. It also facilitates digestion and assimilation of food and defecation thanks to the elasticity of colon tissues. Higher permeability of cell membranes under the influence of organic sulfur also affects the regulation of blood sugar levels (poor membrane permeability is an obstacle to the absorption of sugar into cells, as a result of which its level in the blood is increased). MSM also prevents the attachment of parasites to the mucous walls of the intestines, as a result of which they cannot vegetate and reproduce and are removed from the body. The substance is well absorbed in the body easily overcoming the blood-brain barrier, especially in the presence of vitamin C and biotin synergistically interacting and enhancing therapeutic effects. This affects the construction of healthy, flexible cells with greater membrane permeability and allows more effective removal of cellular toxins.

The external symptom is above all a better skin appearance – smoother, velvety, fair, youthful complexion, reduction of body swelling, stronger hair and nails with better gloss. The decrease in the level of MSM in the body occurs clearly with age.

MSM is highly effective. However, the mechanisms of action of the substance are still poorly understood. For this reason, official medicine in some countries does not use it in the treatment of the above-mentioned diseases. An example is Poland, where the supplement is successfully used only in veterinary medicine (e.g. in the treatment of diseases in horses). MSM should be considered – like other natural dietary supplements – as food. So you can not overdose it – the body will simply remove excess. MSM should always be taken with natural vitamin C and vitamin B12. It should not be confused with drugs in the form of sulfonamides and DMSO – a substance that is a precursor of MSM and was formerly used in the treatment of arthritis. Natural sources of MSM are: sunflower seeds, garlic, onion, lentils, soybeans, yogurt. fresh fruit, vegetables, seafood. Reducing factors: industrial food processing technologies (high temperature and pressure).