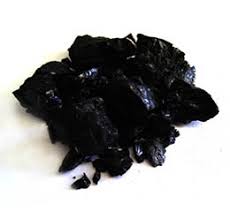 Mumio shilajit himalayan  is a substance with a mysterious name. Meanwhile, its healing properties have been known for over 5,000 years. Thanks to them, mumio shilajit has been used in Ayurvedic medicine and ancient Greeks. Currently, it is also used in alternative medicine – as a remedy for strong bones, strengthening immunity, problems of the digestive system, potency and many others. Some of these properties are confirmed by scientific research.

Mumio shilajit himalajskie is in the form of small lumps or crystals, resembling resin. Mumio shilajit is probably formed as a product of the process of dying organic matter: the remains of plants, algae or lichens, getting into the recesses of mountain rocks – mainly the Himalayas. It was the inhabitants of these mountains that discovered the healing properties of mumio, thanks to which it was used in medicine. They noticed that monkeys living in the mountains often chew the pieces of substance found in rock crevasses and came to the conclusion that it is a source of their strength and resistance to difficult mountain conditions. The Himalayan Mumia shilajit for strengthening and resistance was supposedly recommended by Aristotle himself. In turn, the Persian scholar and physician – Avicenna – recommended mumio for bone fractures, dislocations, contusions, swelling on the body, migraines and inflammation of the nerves. In natural medicine mumio also applied to headaches and dizziness, migraine, female diseases, angina, sore throat, cough, runny nose, periodontitis, festering wounds, boils, eczema, asthma and Lyme disease and many more. Mumia has also interested modern scientists. Research on this substance has been carried out for several decades, above all in Russia and India.

Russian scientists already in the 70s of the last century found that the mumio has a positive effect on the bones. At that time, a series of articles about the use of mumio at fractures or sprains appeared in the pages of the journal “Ortopediia travmatologiia i protezirovanie”. The first scientific work on this subject was written by Russian Professor Adyl Shakirow. He was looking for a mumio in the mountains and directing further works of younger colleagues, who under his supervision wrote many dissertations, being the result of research on this measure.

In Burma, the mumio is called the blood of the mountain. In Mongolia and Tibet it is rock juice, and in Siberia – stone oil. In turn, in Egypt, the mumio is an Illyrian resin. Other names include the wax of mountains, oil of mountains and blood of rocks, mountain honey.

They show that mumio improves bone condition, accelerates the healing of fractures, and supports the treatment of osteoporosis. All thanks to humic acids, among which fulvic acid predominates, which has the ability to stimulate cells to synthesize calcium compounds in the skeletal system. In addition, mumio provides calcium and phosphorus – the basic bone building materials.

In addition, humic acids contained in the mumio regenerate damaged tissues by increasing their blood supply and increasing cellular metabolism. Therefore, mumio can be used in the form of ointments or compresses (0.6 g Mumio for 2 tablespoons of boiled water) for wounds, contusions, dislocations, and strains.

Scientists from Santiago (Chile) in the journal “International Journal of Alzheimer’s Disease” 5 argue that fulvic acid contained in the mumio can inhibit the process of aggregation of tau proteins, which is one of the causes of Alzheimer’s disease. According to the researchers, fulvic acid can play a huge role in the development of potential treatments for Alzheimer’s disease using natural products.
Mumio shilajit himalayan for ulcers and other problems of the digestive system

Shilajit supports digestion and improves intestinal function, which is why it can help digestive system problems, such as digestive disorders, indigestion.

Mumio is also a potential fertility enhancer. Research by South Korean scientists on rats shows that mumio stimulates the process of spermatogenesis, or sperm formation. After giving the mumio, the rats started producing them in a much larger quantity.

Mumio shilajit Himalayan can also be used in peptic ulcer disease. It has been shown that the fulvic acid contained in the mumio reduces the secretion of pepsin – an irritant of the stomach and contributes to the formation of ulcers.

In natural medicine for ulcers, it is recommended to take internal mummy 2 times a day (in the morning and in the evening before bedtime) after 0.2 g of the preparation for a period of 25-28 days. A better result can be achieved with simultaneous intake of sea-buckthorn oil, cabbage juice or honey.1 Thanks to this, ulcers are healed faster, pains, nausea, vomiting and burning disappear. In the case of indigestion, it is recommended to take mumio 2 times a day for 0.1 g (it is good to dissolve the powder in boiled, warm water and drink.