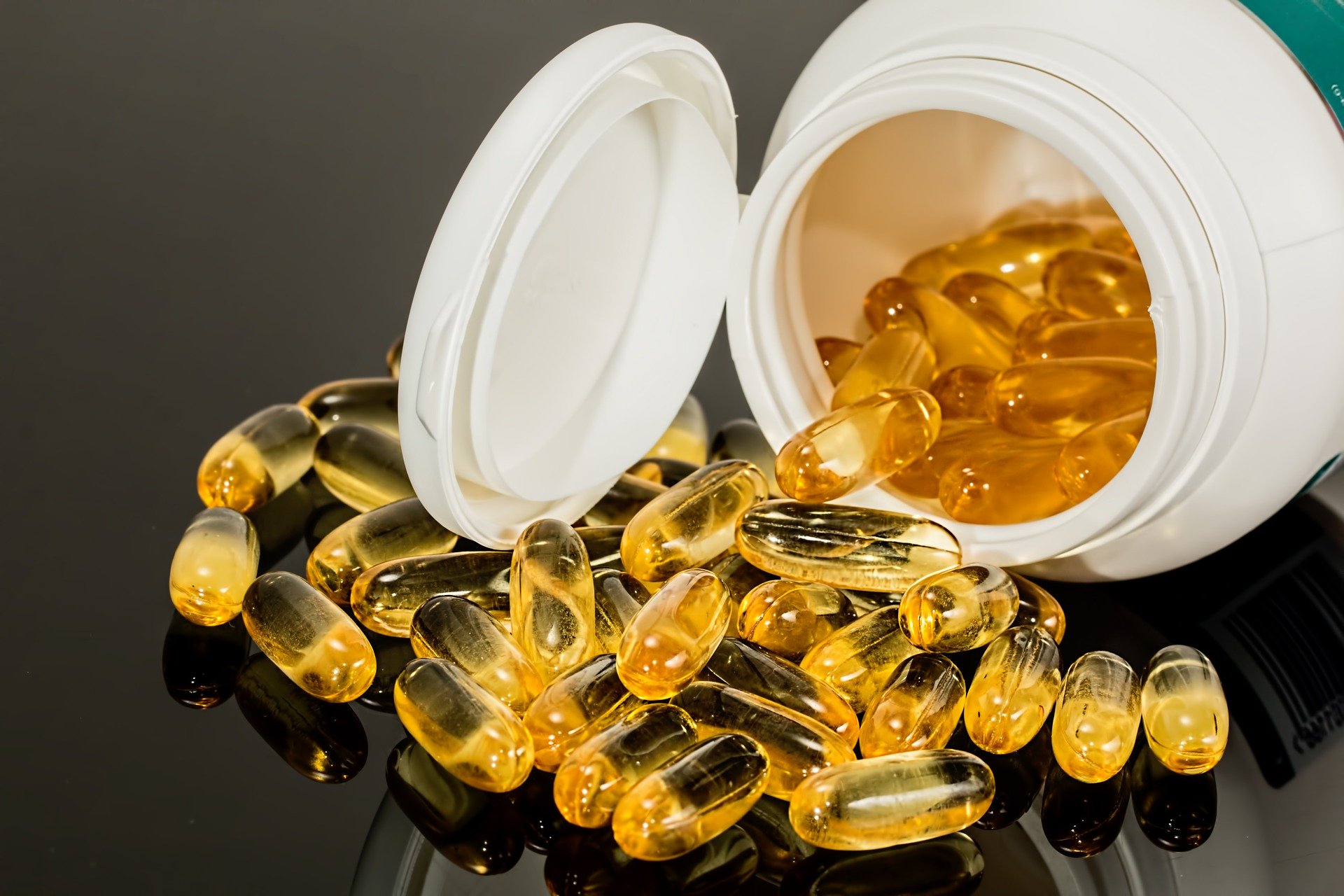 Currently, the so-called civilization diseases, i.e. chronic diseases. They all have one common denominator – a modern lifestyle, including a poorly balanced diet, with a low content of omega-3 fatty acids, antioxidants or fiber, combined with a sedentary lifestyle, excess stress and environmental pollution. All of the above-mentioned factors lead to overproduction of oxygen free radicals, which in turn can damage individual structures of our body, eventually leading to the development of many diseases.

Why is omega-3 deficiency so important factor in the development of lifestyle diseases? Well, these acids are part of every cell membrane in our body. Therefore, deficiencies of this component can contribute to the development of almost every disease. In addition, the wrong ratio of omega-3 to omega-6 fatty acids causes a reduction in the protection of our cells against free radicals, which increases the risk of inflammation.

How to recognize a deficiency?

Unfortunately, there are no typical symptoms of omega-3 deficiency. Due to the fact that they are necessary for every cell of our body, the symptoms indicating their lack can come from virtually any organ. Thus, drying of the skin and mucous membranes, conjunctivitis or dry eye syndrome, frequent infection and even serious cardiac diseases can indicate omega-3 deficiency.

Excess carbohydrates contribute to the development of diabetes

A diet rich in carbohydrates (primarily white flour products) leads to rapidly developing diseases, mainly obesity and type 2 diabetes. Hence, we should not describe diabetes as an adult disease today. More appropriate and unfortunately more timely terms will be such as “lifestyle diabetes” or “nutritional diabetes”, because for a long time more and more young people suffer from this disease, including more and more children. The reason is always the same – too much carbohydrate in the body raises blood sugar levels. When blood sugar is constantly elevated, our body converts excess carbohydrates into fat, which is mainly located on the stomach and hips. The study conducted on 84,000 nurses proved that when only 5% of simple carbohydrates consumed were replaced by monounsaturated fatty acids, the risk of diabetes was reduced by as much as 56% 1.

Remember that to properly classify carbohydrates, you need to consider the glycemic index. This value determines the effect of carbohydrate-containing foods on blood sugar levels. Consumption of simple carbohydrates with a high glycemic index causes a rapid increase in its level, then the body turns complex carbohydrates into simple sugars. Through this process, the pancreas is forced to produce much more insulin so that the sugar can reach the body’s cells. Carbohydrates with a low glycemic index cause the same process, but it is much slower. All types of sugars and all white flour products, as well as bananas and potatoes, have high glycemic values. Most vegetables and whole wheat flour have lower glycemic values ​​and are therefore definitely a better choice.

Omega-3 polyunsaturated fatty acids provide a particularly effective protection against diabetes, mainly because they improve the effect of insulin on its receptors. To such an extent that those who consume them regularly reduce their risk of getting diabetes by half. In addition, increased consumption of omega-3 acids, especially DHA (docosahexaenoic acid), increases bone mineral density, which makes them stronger. Omega-3 fatty acids promote the development of osteoblasts, i.e. cells responsible for bone formation, and therefore have a beneficial effect on joint function. Thanks to their anti-inflammatory properties, omega 3 affects the reduction of joint pain and thus movement restrictions. “Omega” are also extremely important for our brain. The brain contains up to 60% fat, and about 40% brain fat consists of DHA and EPA (eicosapentaenoic acid). Polyunsaturated fatty acids help maintain the elasticity of the neuron shells (myelin sheath contains about 75% fat, and omega-3 and omega-6 fatty acids predominate).

A study of 1,600 patients showed that regular intake of omega-3 fatty acids increased mental activity in people with Alzheimer’s disease. More importantly, it has also been proven that omega 3 improves concentration and positively affects thinking and memory. They have also been shown to improve mood and well-being. The functioning of the eye is also dependent on numerous protective substances, of which the most important are plant components (carotenoids, lycopene and lutein) in the company of omega-3 acids. At the same time, DHA omega-3 fatty acids are key to protecting the retina of the eye. Deficiency of omega-3 fatty acids leads to dry eye syndrome and inflammation, and sometimes also to blurred vision.

The average life expectancy on the Greek island of Crete is about ten years higher than in some European countries. Statistics show that the occurrence of heart disease, including mainly heart attacks, is much rarer in Crete and is half as much as in Northern Europe. This is due to differences in diet. The inhabitants of Crete regularly eat fish, olives or olive oil – rich in omega-3 fatty acids. In addition, cold pressed oils have a higher level of vitamin E, which protects cells against increased production of free oxygen radicals. In addition, the presence of vitamin E – a powerful antioxidant – is necessary to protect oxidation-sensitive omega-3 acids. At the same time, omega-3 fatty acids improve and improve the delivery of oxygen to the body’s cells.

Omega 3 polyunsaturated fatty acids are found in very different proportions in food products. Their highest content can be found in fatty fish. However, contamination of fish with heavy metals and pesticides does not always make them a safe source of omega-3 fatty acids. Plant foods can also be such a source. You can mention here: linseed oil from linseed, hemp oil, walnut oil and rapeseed oil. However, only a small percentage of plant fatty acids are converted into the essential omega-3-DHA and EPA. In order for the ALA acid present in plant oils to be transformed into DHA and EPA, we need the delta 6 desaturase enzyme, which works efficiently in our body, which unfortunately does not work when we are sick or lack certain nutrients necessary for its action. In this situation, vegetable sources of omega-3 acids are of little value to us.

Due to the fact that polyunsaturated fatty acids omega-3 and omega-6 are heat sensitive, we should use cold pressed ones. Due to the high content of omega-3 fatty acids, vegetable oils (with the exception of coconut oil) should not be heat treated, as this may cause the formation of harmful trans fatty acids. Saturated (organic) fats should be used for frying and cooking because they are highly thermally stable.

The safest turns out to be the use of omega-3 fatty acids obtained from small deep-sea wild fish (e.g. anchovies), additionally purified using molecular techniques. Only then can we be sure that we will not introduce heavy metals and pesticides into the body.

Due to the difficult availability of good quality omega-3 in the diet, many of us should simply supplement them, and certainly those who suffer from heart disease, inflammatory, autoimmune diseases, diabetes, vision problems or cancer. It is worth reaching for a natural remedy, in the form of a high-quality preparation with omega-3 acids, while remembering that these acids are only beneficial to us if they meet several very important criteria:

Due to the very high quality and safety of use, it is worth mentioning the preparation EnzOmega MSE, which meets all of the above criteria and contains the right proportion of highly purified EPA and DHA acids.