Posted on May 4, 2019 Posted By: admin Categories: Meditation 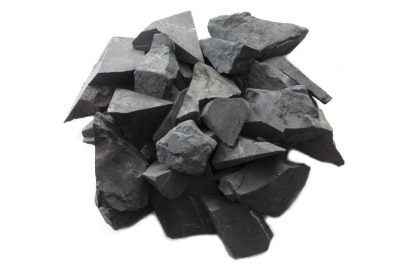 In the north-west of European Russia lies Karelia, an autonomous republic in which shungtite has been known for over 300 years – black stone and in fact very high quality coal.

It is assumed that some shungite stones can have 95% or even 99% pure carbon. It is assumed that the deposits covering an area of 9,000 m2 and are found in the oldest layers of the earth’s crust are over 2 billion years old!

In Russia, the astonishing properties of shungite were known for a very long time, but then the mineral was called the aspid stone of Romanów dynasty – Michał Fiodorowicz.

Piotr I, who suffered from an upset stomach and stones in the kidneys, having tried on himself the miraculous power of water prepared on the aspid stone, issued a regulation in which he recommended to each soldier to carry it with him.

According to some sources, this mineral contributed in part to winning the Battle of Poltava by the Russian army.

Well, in the summer of 1709, there was an incredible drought, and the water in the reservoirs turned green with algae. The Swedish army together with King Charles XII fell ill and quickly lost strength in the battle.

The Russian soldiers, on the other hand, used the power of stone and drank the water purified by him. In this way, they kept their health and quickly defeated the Swedes.

In 1719, Piotr I issued the order to build the first “Marcjalne Wody” health resort in Russia (the name comes from the god of war, Mars).

The health-related properties of shungem in the present times were officially confirmed only in 1992, although since 1990 it has been used in Russia as the primary means for filtering and purifying water.
Coal and fullerenes

Shungite has a high carbon content, whose molecules resemble the structure of football and are called fullerenes.

Two types of shungite are available in Russia. The lower class has between 30 and 50% carbon, a matte appearance and a smaller amount of fullerenes.

The second species is noble shungite, which has a shiny color and more fullerenes, but its occurring amounts are only 1%.

Fullerenes are (beside graphite and diamond) the third allotropic variety of carbon and … a great hope of medicine.

For the discovery of fullerenes Harold Kroto from the University of Sussex in Brighton (Great Britain) and the team of R.E. Smalley and R.F. Curl jr. From Rice University in Houston (Texas, USA) in 1996, they received the Nobel Prize in chemistry.

Harold Kroto continued his research on fullerenes at the University of Sussex, including he extracted them in a very tough way from soot and began researching their chemical properties.

Fullerenes in shungement are responsible for many healing properties. Thanks to these specific chemical properties, it has the ability to absorb toxic substances.
Szungit meaning Natural change

The preparation of szungitic water requires only placing shungite stones permanently in a vessel, jug or filter with water, which we use on a regular basis.

Just 100g shungite per liter of water. The water should stand at least 3 days and then you can drink it.

The amount of fullerenes entering the water decreases over time, which in turn reduces the healing properties of shungite. Therefore, the stones should be replaced once every three months and thoroughly rinsed every two weeks.

As we have already mentioned, shungite is a great absorber, it has no equal in purifying properties. As a mineral, it structures water and accumulates on its surface almost 95% of all its impurities.

As a result, the water becomes transparent, saturated with valuable substances, and tastes like spring water.

Szungit can clean water from:

Drinking shungit does not need to be feared. It is completely non-toxic and on the contrary – modern medicine has confirmed that shungite has high bactericidal and anti-inflammatory properties.

Research is being carried out on the possible use of shungite to combat cancer.

This water saturates the body with micro and macro elements, reduces inflammation, pain and swelling of the joints, cleanses the digestive tract from pathogenic bacteria, has analgesic properties, cleanses and strengthens the joints and bones, treats cold and flu, sore throat and gingivitis, eliminates hyperacidity of the stomach, strengthens the immune system, energizes the body, removes chronic fatigue and … relieves hangover.

In addition, fullerenes contained in shungement help in the case of alteriosklerose, osteoporosis treatment and are strong antioxidants (stronger than vitamins C and E).

P.S. The information is private opinions and views. They are not written by a doctor. They are not a professional opinion or medical advice. They can not replace the opinion and knowledge of a healthcare professional, e.g. a doctor. All advice that is on my site, you use only at your own risk.