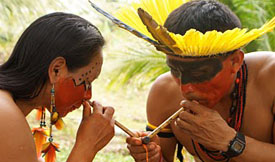 Rapé / HAPE’ is legal sacred shamanic snuff medicine, which is pronounced ‘ha-peh’ in English. Also, it’s known to be casually referred to as ‘hape’, ‘hapi’ or ‘rapay” by some Western people.

They are very rare, sacred, powerful, precious, profoundly healing and cleansing miracle medicines. They are made in a very sacred and labour intensive process, and consist of various Amazonian medicinal plants, trees, leaves, seeds, and other sacred ingredients. Some types of rapé are made by various indigenous tribes, who originate from different South American countries – primarily Brazil and Peru.

Traditionally, they are applied by using a pipe made from bamboo or bone, which is blown through each nostril on both sides. They can be self-administered using a V-shaped self-applicator pipe, which connects the mouth to the nostrils. Alternatively, the can be administered by another person using a blow pipe, which connects the blower’s mouth to the other person’s nostrils. The self-applicator pipe is known as ‘Kuripe’, and the blow pipe is know as a ‘Tepi’ in the Brazilian tradition.

General suggestion is to use a pea sized amount (50% for each nostril) of medicine for beginners, and dosage can be increased after prolonged use of a specific rapé. Also, it’s suggested that you use them within a quiet sacred space without any interruptions (optional sacred music playing) – sitting upright, either cross-legged or in a chair with eyes closed after application. Also, suggested slow breathing after application through the mouth/nose is very important. The use and application of our products is solely at the customer’s responsibility.

Generally, they have the following effects – profoundly helps to re-align and open all your chakras, improves your grounding, releases any sickness on physical, emotional, mental and spiritual levels, opens-up the third eye, de-calcifies the pineal gland, clears any mental confusion, releases any negative thoughts, removes any entities, connects you to your divine breath, and elevates your connection with Spirit.

Please note that you may experience purging, vomiting, bowel movements and excess saliva, which is normal – where stuck energy, toxins and sickness are being released from your energetic and physical bodies. You may need a bucket, toilet tissue and drinking water close to hand. 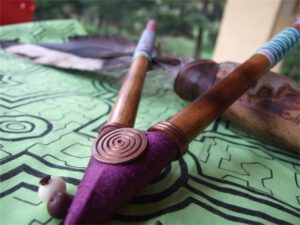 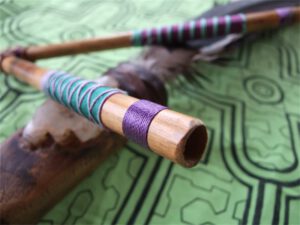 applicator used by us

Each different type of rapé has different vibrations, notes, qualities, subtleties, and very different effects on the energetic field. Furthermore, after you develop a deeper relationship with each rapé – they are powerful Plant teacher spirits, where you can ask any questions or hold specific intentions for each sacred session.

Traditionally, during Yawanawa, Kaxinawa-Huni Kuin and Katukina (Brazilian Indigenous tribes) ceremonies, they normally use Rapé and Sananga eye medicine during Ayahuasca (aka- Uni or Nixi pae) ceremonies to help with purging, releasing sickness, moving any stuck energies, opening-up the visions and for clear sight.

Storage: they need to be stored in airtight containers, such as plastic containers or jars with lids. Please keep away from wet, damp and humid conditions, and away from direct sunlight.

Note: we use this medicine during the shamanic reiki healing