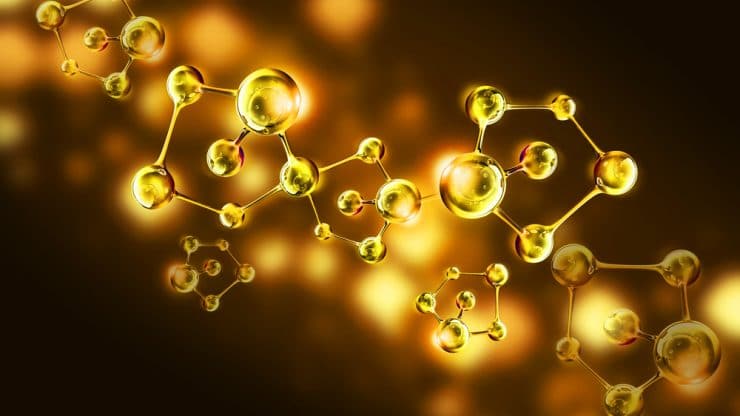 In the late 1970s, a farmer named David Hudson in Arizona began exploring land that seemed different to him. After a lot of scientific research, it was found that there is a material called Ormus – one of the platinum group. From then on, great research and searching for this new mineral begins. David Hudson after many years which he devoted to his investigation declares that

… it is a wonderful mineral, very helpful in treating damaged DNA. Is an excellent transmitter of high luminous energy in the nervous system …

In 1995, this white mineral was also found close to the most energetic place on Earth near Mount Shasta in northern California – the site of the first Earth chakra. Scientists say this white mineral has been forming over 200,000 years.

They called it “White Gold Powder“.

This white powder is a rare find for geologists. Scientists from the Science of Electromagnatheria have begun detailed research on it. Patrick Bailey, a well-known scientist who studies natural products and supplements, began researching this mineral.

He went to the Sierra Mountains and met an Indian woman who was healing with herbs. From her, he learned which herbs can be used to treat AIDS. He researched them. He discovered that these herbs grow near landfills of a mineral called white gold.

During his research on herbs and white powder, he found that both open – according to spiritual knowledge, higher consciousness in man, affect his DNA.

White gold powder has been tested in various ways. As a result, the following ingredients were found in it:

Further research noticed that white gold powder has the properties of raising human vibrations, brings harmony into his body and combines with the vibrations of Universum.

Partick stated that he had found something very secret and special in him, he called it a bridge – a link between science and spirituality. This white gold powder is the key to this new discovery. This powder is also called secret powder.

White gold powder is currently on sale under the name “Etherium Gold”. It contains monoatomic elements of gold, iron, silver, platinum, chromium – called ORMUS. It is used in the treatment and balancing of the human body – it increases its vibration, energy fields and all spiritual centers in the body.

A very important new discovery over this powder:

Values ​​that can be achieved by using Etherium Gold:

White gold powder is also called the philosopher’s stone. White gold was produced alchemically in ancient times by ancient civilizations. The goal was to achieve high human consciousness, strengthen one’s own abilities to be a leader; he was usually used by religious leaders, group leaders … etc.

According to an old Greek legend, Moses found golden gold powder on Mount Sinai and took it with him. It served for the construction of the Temple in Jerusalem. In ancient Mesopotamia, it was known as Shem-an-na (fire stone). In Egypt – Mfkzt – a paradise stone. Mfkzt (Hathor / Ishtar milk) was offered to the soul and was the key to the process of transformation and changing the body into so-called Luminous body. It was used for various rituals by pharaohs and priests, helping to awaken the soul spiritually.

Mystical white gold also known otherwise as “Fruit of the Tree of Life” and “Golden Fire Star of God” has been forgotten by humanity for thousands of years.

Today he appeared in our lives again … Richard Geber writes in “Vibrational Medicine”:

“Etherium gold is very good at raising individual awareness, self-realization and on the road in spiritual transformation.”

During 25 years of research on this mineral, scientists report:

“This material is Divine Energy. It balances the double polarity in man and brings it together – to unity. It connects two channels known as: white spiral – pingala nadi – solar and dark spiral – ida nadi – lunar. The combination of these two different energies opens in man, the Kundalini energy. “

Supplement – Etherium Gold can be bought today as powder and capsules.

POWDER – 1/8 teaspoon of tea is put under the tongue. You can also mix it with a small amount of water and drink it very slowly, keeping it in your mouth for a long time.

CAPSULES – recommended 1-2 a day. It is also on sale as a spray, directly into the mouth.

When we mix the powder with water, we mix it clockwise. It is said that this supplement also strengthens relationships.

Baby products are also on sale